There are two types of authors: self-published authors and traditionally published authors. But at the end of the day, both authors are still just writers who want to share their story to readers around the world. There are benefit and consequences to both methods of publishing. I haven’t been traditionally published (yet) and decided to go the self-publishing route for my first novel.

Main reason was that I’m insanely impatient. The second, I’m a do-it-yourself type of girl in the first place and I wanted to try my hand at it. From the moment I started writing my book, I had the cover drawn in my head. When I finally hired someone to create it was a surreal moment for me and I may have squealed once or twice. Formatting the book was a complete nightmare. There were nights that I wanted to tear my hair out because I was struggling to get the correct page numbering format on Word. But when it was all done and ready, the moment I held my book in my hands for the first time was guaranteed one of the best days of my life.

Sometimes I think I should have pursued traditional publishing with a little more kick in my step, but other days I’m happy about my decision to self-publish. Self-publishing is definitely NOT for the faint of heart. Luckily, I’m made of steel, or maybe I’m just stubborn and resilient. You have to be committed to the process and know that you’re in it alone and have to rely on your own resourcefulness with no guarantee of a return.

The biggest consequence for self-publishing that I have faced is EXPOSURE. It is near impossible to get an indie book into the hands of the readers. Print on Demand companies have made it a much user-friendly process compared to years before, but still it is near impossible to get it into brick-and-mortar aka Barnes and Noble (THE DREAM!…I’m still in the process of trying to get it on the shelves). There is a stigma in the book publishing industry about self-published books, and it is that the majority stinks; it is not as polished as traditionally published books and come off as amateurish. I agree to a certain extent. While there is a plethora of duds in the growing pile of slush, there are definitely hidden treasures mixed in.

How do I find these hidden gems, you ask?

Book reviewers and bloggers. Trust fellow readers. Especially if you have a book blogger you follow and find their reviews are similar to your own thoughts of the same books, then you’ll find that your reading taste is similar. It’s a chain reaction in the book world, so I guarantee that even if a book was absolutely trash but everyone was reading it, you would end up reading it too.

I’ve sent many copies of my books to book bloggers for a review and many of them enjoyed it very much. So, even though I’m not the most objective person on this topic, I do believe readers should give self-published authors a chance. They work just as hard as traditionally published authors to create stories for you to enjoy and even if you end up hating it, most authors are glad that you took the time to read it. I’ve been blessed with ten 5-star reviews on Amazon, and twelve on Goodreads (not necessarily from the same readers) for my first book KARNAGE (The Phoenix Ashes Trilogy Book 1). However, I wouldn’t mind an extra review that was even 1-star, why? Because at least someone took their time to read it and tell me what they didn’t like about it. I’m always curious to see what readers didn’t particularly like in my books, because it makes me take note of it for my next books.

PS. I’M RUNNING A GIVEAWAY FOR 15 EBOOK AND 15 PAPERBACK  ADVANCED READER COPIES (ARCs) OF KALCYON! Click the picture below to check out my instagram for more info!

ARTICLE POST: Constructive Criticism Revisions – Ask for opinions, they matter, despite how much it may hurt…

A little excerpt from Kalcyon (The Phoenix Ashes Book 2)

It had been imprinted into me the moment I was born and the silent oath clung to my heart. I wanted everyone to experience this marvel: to help them feel their heartbeat chase the one before; to have life electrified into their nerves that it brought a tingle to their fingers; to show that air was not just meant to be breathed, but absorbed.

Life shouldn’t be a wish. It was a God-given gift we were meant to take hold of.

Also, the price of Karnage has been reduced to $9.99 on amazon.com. So grab your copy before the release of Kalcyon!

So, it’s been awhile since I’ve posted anything about Kalcyon, the second book of The Phoenix Ashes trilogy. Today, I decided I’m going to release the prologue! I can’t wait to release this book, because I’m loving it even more than Karnage (I didn’t even know that it would be possible) 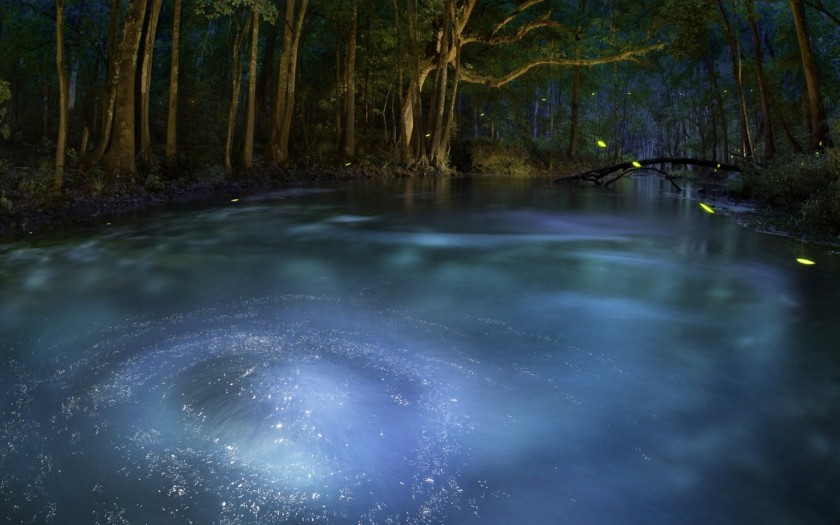 “WOULD YOU PLEASE come down from there?” I fidgeted, absentminded I kicked a small rock on the ground. Alythea always had a mind of her own and there was nobody who could stop her from doing the crazy things she did. It was a God-given gift that she hadn’t died yet, and sometimes I really believed that she never would.

Her Phersu was a beautiful creature. Its wings were smooth opaque chimes that released the most musically hypnotic sound making you feel lost in a never-ending dream. It was an impossibly majestic bird, frighteningly enchanting with a daunting prowess—they always said Phersus took after their owners.

Alythea was one of the first and only students to have a hatched Phersu. There were rumors of one other student who had one before her, but we had never seen him attend a class in the time we had been there.

“Care to join me?” she teased with a wide grin. I rolled my eyes and placed my hands on my hips as I glared up at her. She knew exactly why I refused to join her in the obscenely tall tree in the first place.

I was deathly afraid of heights. I preferred to remain grounded; I didn’t trust anything that I couldn’t feel or see. Alythea on the other hand, loved everything about the sky; she reached for it as if she would one day be able to grab hold of it, and the impossibility only kept her from giving up. It was the ephemeral reveries that tickled her mind that had her asking for more, demanding for something beyond ordinary. And, she was anything but ordinary. It was fitting that her Phersu had hatched to be a bird.

Sometimes, I wondered how we were such good friends when we were so different. Maybe it was because I secretly wanted to be like her: hopelessly free, uninhibited, and boldly daring. They were qualities that indisputably sparked my curiosity but crept like a haunting trance that threatened to overpower me.

I heard the jingle of her Phersu’s feathers. It never got old. The tickle in my ears left a light and pleasurable feeling inside and smoothed my wrinkled frustrations with Alythea away. A soft thud on the bouncy grass blowing in the breeze told me she had finally decided to come down and join me.

“One day, I’ll get you to come up the tree with me,” she vowed. Despite their lack of color, her steely eyes had more depth than anyone I had ever known. It played with the lights and reflected any vibrancy it took in.

“I insist you stop trying,” I negated. “I really love it here on the ground. Always have and always will.”

“The world is a whole new place up there.” She admired the endless blue sky. We took a moment to soak in the warm inviting rays of sunlight that escaped through the whimsical thicket of the leaves as it kissed the goosebumps on our skin away. It was amazing that only a decade had past. Celestria was beautiful and at peace once again.

It was a time of healing and rejuvenation for Valkryns was on the rise. In Celestria, Valkryns had always been reveled and honored. Greatness was Valkryns. Only when the Night of the Phoenix had devastated Celestria had fear ever been connected with the Valkryn name. Nonetheless, somehow the Founders managed to restore Celestria’s trust in Valkryns and the wish to possess a Ceres was once more, the most desired gift. I guess it was a blessing in disguise, because we were now given the opportunity to receive proper training at Vanderwald.

A crack of a twig and the crunching of the earthy ground caught our attention. As usual, against my better judgment, I had followed Alythea here even though I knew we were deeper in the forest than students were instructed to go.

Then I saw him. His black hair was brushed to the side as he walked with an assertive and strong gaze locked on us. My heart skipped a beat for the first time and something inside me ignited. The sensation pulsed and a strong pull struggled to break free. His eyes flickered to mine as if he sensed the power struggling inside of me; I was immediately drawn in by his dangerously ash gray eyes soaked with calamity.

This was the moment that changed everything. There was no way I could’ve known what was in store for me. Little did I know, I had been born for this single minute; the wheels of fate had begun to turn in the cruelest possible way. The three of us stood in the forest staring at each other for what felt like an eternity; this moment would be forever etched in my memory; and, it was the last thing I saw when I died.

It all began the day I met Logan Bray.

It is 7/20/2015 and I’m excited to finally release the official book cover for KALCYON, Book 2 of The Phoenix Ashes Trilogy. 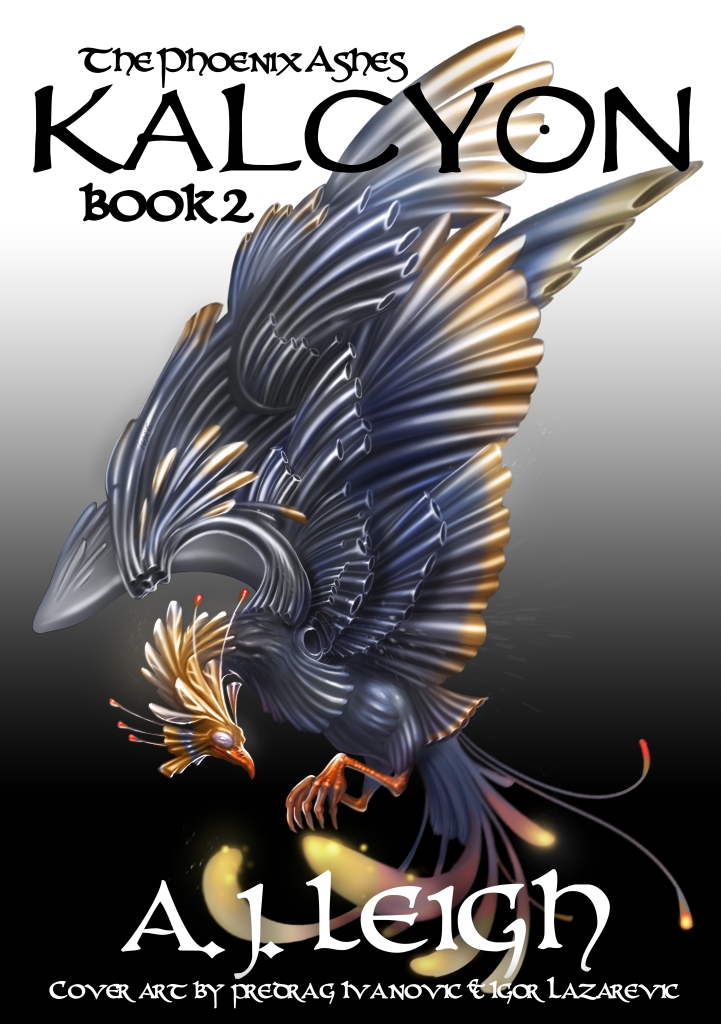 Leave a comment and tell me what you think! Anyone care to take a guess of whose Phersu this is?